According to a lawsuit filed in the Southern Division of the United States District Court of Maryland, the former head of the church’s pension services department “invested plan assets in reckless and extremely risky investments that ultimately lost nearly $100 million in plan participants’ retirement savings.” .”

Church officials allegedly gave sole authority over the pension fund to the former head of AME pension services with little or no oversight, according to the lawsuit. This led to investments in the purchase of land in Florida, a loan to a solar panel installer and investments “in a now non-existent venture capital outlet”.

The lawsuit alleges that church officials admitted that the pension plan – which was valued at $126 million in June 2021 – lost at least $90 million and that ‘nobody connected with the Church’ knew. where had the money gone, with the exception of the former retirement department manager.

The lawsuit was filed on behalf of the Reverend Cedric Alexander, a retired pastor from Maryland, and names the former head of pension services, pension fund trustees, AME and its bishops, among others. Alexander is one of thousands of retired clergy and church members affected by the pension crisis.

“Due to the gross financial mismanagement of the African Methodist Episcopal Church, nearly 5,000 pastors, church elders and other employees find themselves looking to a future without the retirement funds they depended on,” said William Alvarado. Rivera, senior vice president of litigation at The AARP Foundation, which helps represent Alexander, in a statement this week.

In an interview, Rivera said the AARP Foundation has long been concerned about church pension plans because many of them are not covered by federal legislation known as the Employee Retirement Income Security Act of 1974. which covers most retirement plans in the United States. The foundation is currently suing a Catholic diocese in New York over its pension plan.

Rivera said the focus of the lawsuit was the welfare of AME Church retirees, many of whom rely on their church pension to pay their bills.

“Our goal is to ensure that beneficiaries of retirement and pension plans are complete,” he said.

Similar lawsuits have been filed in Tennessee and Virginia.

In one update Released in late March, AME church officials said they became aware of issues with the church’s pension plan after a leadership transition in 2021 revealed “possible financial irregularities”.

“Out of an abundance of caution, we immediately engaged outside legal counsel and forensic experts to conduct a full and independent investigation,” church leaders said in the update. “We continue to work actively with federal authorities who are investigating this matter and recovering the misappropriated funds. “ 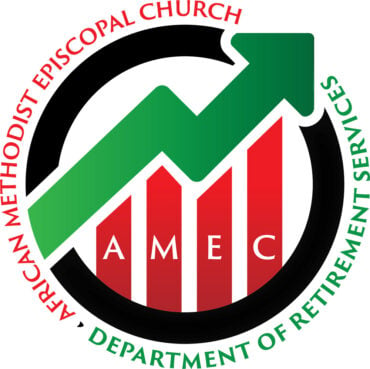 Church leaders also said they were cooperating with federal officials investigating the pension fund. They also set up a task force to look into the pension crisis and develop “a reorganization, recovery and restoration plan for fund participants.”

“AME Church is committed to returning each fund participant whole by restoring their full investment plus interest,” church leaders said in the Frequently Asked Questions section of their March update.

Rivera said he hopes the trial can proceed quickly, in part because church leaders have admitted there are issues.

“So dragging out a case like this unnecessarily only really hurts people who have really dedicated their careers and many years of their lives to church,” he said. “And we hope they will work to resolve this issue as soon as possible.”

Founded in the late 1700s by former slaves who had served in Methodist churches, the African Methodist Episcopal Church is one of the largest black Protestant denominations in the country. The denomination, which had as many as 2.5 million members in the past, is a hierarchical church led primarily by its bishops.