Owner-operators operate a variety of businesses and trades, but they are also forced to compete against each other to drive down the price of their skills. Unions could work for them too, just as they have done for other workers. | PA

In the not so distant past, Meramec Street on the south side of St. Louis was lined with barbershops. All were members of the American Barbers Association, a union for those who cut or style hair. Many of these barbers were “owner-operators”, that is, they both owned the store and practiced their trade there. This is undoubtedly what most Americans visualize when they hear the term “small business owner”.

Owner-operators are common among trades where only one person is needed to do a job: plumber, locksmith, piano tuner, truck driver, etc. The commonly accepted perception of unions in America involves relationships between the employer and employee parties, with the latter collectively agreeing to bargain with the former over wages and working conditions.

This perception, often coupled with the misperception that an “independent contractor” is not classified as an employee, has caused many workers in the modern United States to ask, “What’s the point of joining a union for an owner-operator? As an owner-operator myself, a printer with Communication Workers of America Local 6300, I hope to illustrate the value learned from my own experiences.

Culturally, we love the idea of ​​“being our own boss,” a complicated concept that isn’t as simple as it sounds. Historically, workers have “made their own way” by learning a trade and being responsible for facilitating the acquisition or creation of needed materials while providing labor. For example, an 18th-century farming family not only worked the land, but also built a house and other structures, tailored their clothes, cooked and preserved food, forged metal, and raised the animals needed to pull a plow. or a cart. However, this romanticized view of self-sufficiency became less and less common as more and more workers entered the hourly wage system, often without choice.

In modern times, it’s no secret that many workers would love to swing a hammer or deliver products without having to answer to a boss who crunches the fruit of their labor. Many of us strive for a chance at independence. This is why so many of us fall into the traps of the gig economy (34% of the nation’s workers are involved in gig economy work, according to the US Department of Labor).

Many of us who learn a trade, whether it’s laying bricks or coding video games, yearn to be able to get out there and become owner-operators. My father, uncles and both of my grandfathers were productive cash crop growers. The milestone for each of them was the day they bought their first plot of arable land and were not only required to share the profits with the owners. For those who have made this leap, please consider the following call for union membership.

First, let’s talk about scale. Workers covered by a union agreement (“contract”) have set wages, usually based on seniority or experience, explicitly written into that agreement. Regardless of the sex or color of the worker, the wages of workers in a union contract are paid equally. Employer-friendly media coverage has spent decades trying to instill the idea that this arrangement can lead to a “loss of potential earnings,” even though the data shows that in reality American workers are lowering their own wage floor by competing with each other. The decline in union membership is directly linked to the general slowdown in wage increases. Basically, we tried to go it alone and we failed economically.

Most owner-operators are still in this situation, competing with each other. Consider a business that needs an updated sprinkler system. The manager will receive multiple quotes from different plumbers, always awarding the plumber with the lowest quote. The “winner” gets the job but works for less. Unionized plumbers who respect the union scale are no longer in competition with each other and are therefore better paid for their work and their expertise.

Second, consider the benefit of the union “recruiting hall”. Union membership for the owner-operator provides a secondary source of employment through a referral system. People in need of services call union offices for specialists who can handle what they cannot. Union office staff will call through their membership list to find owner-operators who can take over the caller’s work.

Union-recognized employers will often contact the union office when they also need more workers. This is a boon to the tradesman, as work done in this way is paid for by dues – a tiny fraction of the expense of an office manager or sales representative. (Note: Recruiting Hall systems vary and not all Syndicates have a Recruiting Hall.)

For a time I was a member of the United Brotherhood of Carpenters. Working has always meant being hired for a project. Layoffs were inevitable and common. Instead of checking the classifieds, I simply called the hiring hall.

Third, Education. The trades have apprenticeship programs and often a training center with regular courses. The United Brotherhood of Carpenters, for example, requires one week of classroom training for every six-month apprenticeship period. The training center teaches labor history, safety, testing new equipment, and other useful techniques related to the job but not necessarily learned on the job. Again, this is paid for collectively by membership dues money.

Fourth, union members have access to non-profit health care. Most, if not all, unions operate a health insurance company regularly referred to as a “health and welfare fund.” What differentiates a fund from a for-profit health insurance company is that if the fund does not pay the amount of expected claims in a year, it most often will not raise rates for the year. next.

An additional benefit organized by many unions is the operation of a pension fund which is not tied to the employer. The employer cannot plunder the pension; nor will the fund evaporate if the employer goes bankrupt. In the United States, the benefit of a pension has become a legend since the rise of the 401(k). Union pension funds are in most cases the only way.

For years I was a grassroots member of SIEPB Local 9 and our contract allowed my entire family to have health insurance without any financial contribution from me. When I left that job to become an owner-operator, it was immediately apparent that without my newfound access to the Furniture Workers Union Insurance Fund, we simply had no coverage.

the fifth the benefit to the unionized owner-operator is representation. Organizations like the Teamsters, ILWU, OPEIU, American Barbers Association, AAOO, and various maritime unions specialize not only in providing benefits to owner-operators, but also in lobbying governments to promote worker-friendly policy. . Taken for granted today, benefits like the 40-hour work week, days off, overtime, workplace safety, etc. were demanded by the unions until they were solidified in law.

In 1980s Illinois, home care workers who had been considered “independent contractors” and even charitable volunteers were organized by SEIU Local 880. These workers were not even covered by the NLRA (1935), so their union was not recognized as legal at the time. . SEIU 880 went from workers earning as little as $1 an hour to the largest local in the Midwest, earning 20 times that amount with paid time off and vacation.

Lately, and perhaps the most important benefit is the sense of belonging. Listen, we all need a community. The experience of a mass meeting in the union hall or a march on Labor Day with 500 other plumbers is indescribable to the uninitiated. When unionized workers are affected by closures or strikes, other unionized workers come to their aid, including workers from other unions.

The owner-operator works alone while humans are social creatures. Active membership in a union is different from a tavern, a family reunion, or even a church because the group involved sweats over the same work. Most of us measure our worth by how well we take care of those we love. Therefore, the camaraderie with our working group is special.

The way for an owner-operator to join is simple. Research “[whatever the trade is] + ‘union’ + [location]” and the relevant organization should appear. Call the number provided and ask if they represent owner-operators. Whoever answers will connect the caller to the manager. The organizer or sales agent will talk to the caller through the process, answer questions and send them a copy of the contract that explicitly states all the benefits. The owner-operator signs the contract or even just the “signature page” and returns it to the union, becoming a member while still being a proud small business owner.

As with all opinion pieces published by People’s World, this article reflects the views of its author. 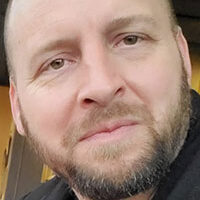